Like many people, I was relieved when Emmanuel Macron was reelected to a second term as the president of France a few weeks ago. But that doesn’t mean that liberalism is now safe in the country. The biggest misconception is that this election pitted Macron, a liberal, against a bunch of authoritarians. In truth, the contest was between Macron—an old-fashioned, elitist, paternalistic figure who thinks he knows what’s best for the people—and a new breed of populist authoritarians from the left and the right who, in a sense, represent a revolt to his style of politics.

If Macron really did want to govern like a liberal, he’d abandon the executive powers he grabbed in his first term and desist from his draconian crackdowns on the French people.

The stakes are remarkably high for a dysfunctional, anti-market country sliding into statism. During the first round of the presidential election, no one on the ballot proposed any reforms that would liberalize France’s overtaxed and overregulated economy—not even Macron, who last time around ran as an economic reformer but delivered little of his agenda. More worrisome, in the first round, close to 52% of French voters cast their ballots for three of the most extreme authoritarian candidates on both sides of the spectrum.

On the right were Éric Zemmour, who received 7% of the vote, and Marine Le Pen, leader of the far-right National Rally party, who got 23%. Le Pen faced Macron in the final runoff. Both she and Zemmour are ardent admirers of Hungarian President Viktor Orbán, who has pledged to turn his country from a liberal into an “illiberal” democracy. They are also obsessed with using state power to crush “wokismé”—the woke leftist enemy.

That’s not all they want to crush, though. They are both anti-immigration and Islamophobic. Zemmour, ironically of Jewish heritage, has gone so far as to propose a ban on names that don’t meet his standard of “Frenchness.” But before turning to this task, he’d deport all undocumented immigrants.

Many foreign commentators take comfort in the fact that Macron won by 14% over Le Pen in the runoff. But that overlooks that Macron’s margin of victory over Le Pen shrank by 20 percentage points compared with the 2017 election. In other words, after five years of Macron, a larger number of French voters were open to having Le Pen as president. Worse, close to 30% of voters stayed home, the highest abstention rate in 20 years, showing that many French people weren’t afraid enough of Le Pen to come out and vote for Macron.

On the left, Jean-Luc Mélenchon received the highest vote share, close to 22%. The French aren’t that fazed by Mélenchon, even though his aggressive left-wing economic policies and political sympathies arguably make him as extreme as Zemmour and Le Pen. He is a populist socialist who is anti-elite, anti-corporation, anti-globalization and anti-market. He would renationalize many French companies and impose price controls throughout the economy. He admires the oppressive Venezuelan and Cuban regimes, as well as their tyrannical leaders. In the upcoming legislative elections, he has formed an alliance with Fabien Roussel, an avowed communist, who received close to 2.5% of the vote in the first round.

It’s a good thing that none of these candidates were elected. That does not mean we can rest easy about liberalism’s fate in France. For starters, the French people’s baseline for tolerating aggressive state intervention in the economy and society is much higher than, say, Americans’ tolerance. In fact, to be called “a liberal” is something of an insult in France because it implies a laissez faire, anything-is-allowed attitude, and that goes against the grain of the French, who like their politicians to stay within—and impose—a narrow social consensus and conformity.

So Macron repeatedly denied that he was a liberal in that sense on the campaign trail. Indeed, as if to defuse the accusation that he was, he viciously attacked rich people and even embraced, among other measures, Mélenchon’s aggressive plans to cap executive salaries, because the French like the idea of a flatter income distribution where no one is “obscenely” wealthier than anyone else.

Indeed, Macron’s appeal to the French was not that he was more liberal than the alternatives, but that he was less radical or, rather, more conventional—at least on certain issues. So, for example, on the international stage, Macron spoke as a pro-trade globalist, something that was comforting for the French, who want to keep the existing international trade arrangements on which they rely. Ditto for NATO, which Macron supported despite previously calling the alliance “brain dead.”

Although the French have their share of xenophobia and then some, they also see themselves as progressive. So the fact that Macron avoided using ugly, racially charged language when talking about immigrants, unlike Zemmour and Le Pen, was less off-putting to most. (Compared to them, Macron is fairly pro-immigration.) He also denounced in the European Parliament the surging populist authoritarianism in Hungary and Poland that evokes bad memories of fascist horrors in France. Macron declared, “In the face of authoritarianism, the response is not authoritarian democracy but the authority of democracy.”

That sounds eloquent, but it is hard to reconcile with his first-term record. The executive in France enjoys far more concentrated and unchecked powers than in the United States. But in the name of security, Macron pushed a series of controversial laws that massively boosted the powers of both the police and the military while reducing their accountability.

A 2017 law ended the state of emergency that was put in place after the 2015 terrorist attacks, but it made permanent many of the emergency measures that were embraced at the time. It continued to allow the search, seizure and house arrest of people that the Interior minister identifies, with little to no judicial review. That same minister can also close religious establishments, which mostly means mosques.

Two years later, Macron passed the Loi “Anti-Casseurs” bill during the Gilets Jaunes (“Yellow Jackets”) demonstrations, which began as a protest against his gas tax hike but then quickly morphed into a general agitation against his government. The law imposed heavy penalties against those deemed to be a threat to the public order. One centrist politician denounced it as a measure worthy of the “Vichy era,” a reference to the World War II French regime that collaborated with German occupiers.

The law also allows the police to stop and frisk individuals and search their bags and cars without cause if they happen to be in the proximity of a demonstration. It allows the police to arrest demonstrators who hide their faces without good reason (whatever that means), send them to prison for a year or impose a fine of almost $16,000. It establishes a list of people who are banned from demonstrating for life (the equivalent of a no-fly list) and whom the police have sweeping powers to search at any time.

As if this were not draconian enough, in 2021 Macron attempted to pass an even more controversial statute. In the name of “global security,” this law would have made it illegal for people to film and identify the police or military personnel in action. At the same time, it allowed drone surveillance by police. This triggered even bigger protests than the previous ones. Thankfully, the Conseil Constitutionnel, a court charged with reviewing the constitutionality of laws, ruled that these elements of the statute violated individual rights and the freedom of the press and, as a result, could not be tolerated.

There is more. He also attempted to pass the Avia rule forbidding any speech deemed hateful without any legal definition of what hateful means. The Conseil Constitutionnel voided the rule as anti-constitutional. Macron also favors a government ban on “Fake News”—because voters are evidently wise enough to distinguish a good politician from a bad one but too naive to make similar distinctions when it comes to news.

And then there is the law on Responsabilité pénale et à la sécurité intérieure of 2022. It not only reinstated the police’s powers to use drones to spy on people, including during demonstrations, that the constitutional court had previously rebuffed, it also created a new category of crime against the police. And it gave the police permission to spy on those brought to the police station for interrogation.

Nor has Macron been shy about deploying these newfound powers. During the Yellow Jackets protests, the police fired rubber ball-shaped bullets at the crowd and also used Sting-Ball Grenades. As if this weren’t bad enough, when the COVID pandemic hit France, Macron’s government sought and got a bill establishing another state of emergency, amassing more unconstrained powers. As a result, the French endured: curfews for months on end, restrictions on going more than three miles from home without filling out forms, indoor and outdoor mask mandates, and vaccine mandates. The law seemed to have an explicit commitment to make the lives of the unvaccinated miserable. Some of these measures were enforced by heavily armed French police.

Macron has shown little respect for the rule of law, free speech and due process rights, especially for those who dare to protest against him. The French are far from averse to using state power to enforce compliance and conformity, yet after five years of Macron, they complain: “Everything that is not forbidden is mandated.”

Foreign observers, giddy that Macron is not Le Pen, have failed to take full measure of his authoritarian record. The French voted for him only because they were spooked by the alternatives. He was just a less scary, more familiar flavor of authoritarian.

Macron has been mocked in the French press as Jupiter (the remote king of the Roman gods) and Bonaparte, thanks to his high-handed, imperious style and authoritarian tendencies. But if he doesn’t knock it off, he may well pave the way for the more populist authoritarian variety offered by a Le Pen or a Mélenchon before he departs the scene. Should that occur, all hope of saving liberté in France will be gone.

This piece is from The UnPopulist, a Substack newsletter by Shikha Dalmia, a visiting fellow at the Mercatus Center at George Mason University. The UnPopulist is devoted to defending liberal and open societies from the threat of rising populist authoritarianism. Go here to subscribe.
Submit a Letter to the Editor
Submit your letter
Subscribe to our newsletter 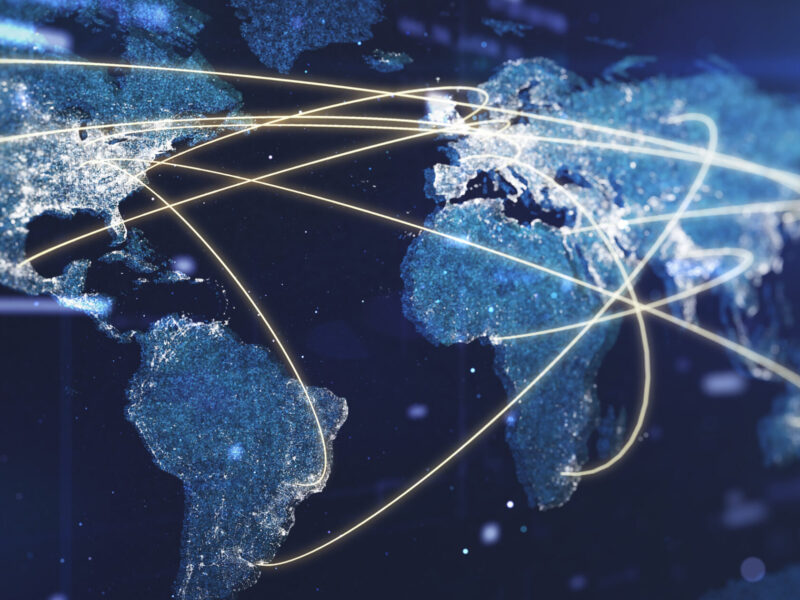 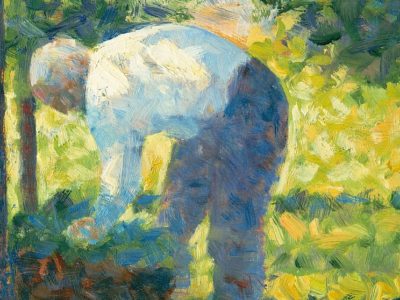