In the race for global technological supremacy, “the European Union is trying to get its groove back,” Politico reported last year. Actually, Europe has been looking for its groove for some time: Ambitious industrial policy schemes have long been a central part of Europe’s effort to compete with the United States and China for leadership in computing, communications and artificial intelligence, among other things.

Thus far, however, the Europeans don’t have much to show for their attempts to produce home-grown tech champions. Despite highly targeted and expensive efforts to foster a domestic tech base, the EU has instead generated a string of industrial policy failures that should serve as a cautionary tale for U.S. pundits and policymakers, who seem increasingly open to more government-steered innovation efforts.

Industrial policy is often criticized for devolving into a game of picking winners and losers. However, some industrial policy advocates believe that wagering public resources on risky technological bets is worth it if it helps spur the rise of at least a few winners.

In Europe’s case, however, it seems like they’ve picked mostly losers. It also matters little whether these industrial policy initiatives were established at the EU level or by member states; almost all of them have met with failure. Consider a few prominent examples:

Targeted European industrial policies like these demonstrate the problems associated with state-led efforts to steer technology or incubate certain companies or sectors. Innovation isn’t a precise recipe that can be easily cooked up by the state just tossing money at technology sectors.

Undeterred by its long string of costly failures, Europe appears ready to apply the same top-down vision to artificial intelligence technologies, again in an attempt to catch up with the U.S. and China. In early 2020, the European Commission published a White Paper on Artificial Intelligence, which proposed developing “ecosystems of excellence” through “the creation of excellence and testing centres” that will “concentrate in sectors where Europe has the potential to become a global champion.”

A laundry list of impressive-sounding programs followed, including: Digital Innovation Hubs, Enterprise Resource Planning, the Digital Europe Programme, the Key Digital Technology Joint Undertaking and a number of broad-based public-private partnerships. This is all part of a broader official “Coordinated Plan” prepared together with EU member states “to foster the development and use of AI in Europe.”

Europe is essentially circling the wagons and creating what Christian Borggreen, vice president of Computer and Communications Industry Association Europe, calls an “AI Fortress Europe” strategy. For example, Margrethe Vestager, the European Commission’s executive vice president for digital, now advocates the equivalent of a “Europe First” strategy to produce national champions that can compete with the U.S. and China on the global stage. The express goal of GAIA-X, for example, is to reduce European reliance on international cloud companies like Amazon and Microsoft.

The problem with that approach, Borggreen notes, is that it “runs counter to the European Commission’s ambition of becoming a global leader in the data economy.” Europe knows it cannot completely divorce itself from global digital networks, which is why American companies like Microsoft are included in GAIA-X. But the EU appears determined to just keep beating down U.S. tech companies with more regulations and taxes and then hoping that such punitive steps, combined with its industrial policy efforts, will somehow ensure that Europe isn’t left behind in the new technological era.

However, no amount of centralized state planning or spending will be able to overcome Europe’s aversion to technological risk-taking and disruption. The EU’s innovation culture generally values stability—of existing laws, institutions and businesses—over disruptive technological change. Competition policy scholars Nicolas Petit and David Teece observe that the EU came away from the digital revolution with “the complete absence of superstar companies.”

There are no European versions of Microsoft, Google or Apple, even though Europeans obviously demand and consume the sort of products and services those U.S.-based companies provide. It’s simply not possible given the EU’s current regulatory regime. “Public policy and attitudes explain the relative technological decline and lack of economic dynamism,” Petit and Teech argue, and it has resulted in “weak venture capital markets, fragmented research capabilities, low worker mobility and frustrated entrepreneurs.”

With laws and regulations piling up and discouraging business formation and venture capital investment, most of the important action in digital tech increasingly has been happening elsewhere—primarily in the U.S. and China. European leaders have responded by doubling down on their regulatory efforts (now mostly targeted at U.S. tech companies), as well as with all their industrial policy gambits.

These policies have significant costs. Some of these costs are discrete, like fines for violating the European data protection law—the General Data Protection Regulation (GDPR)—which are levied against companies when they aggregate too much data or do not adequately safeguard aggregated data. These fines, which were recently quadrupled from previous baselines, amount to 20 million euros or 4% of a firm’s global revenue, whichever is greater. For a large company, this can result in fines totaling billions of euros. For Google, for example, 4% of global revenue totals 6.4 billion euros.

Recently, the Digital Services Act proposed large fines for companies like Twitter and YouTube for not effectively scrubbing hate speech and deleting certain content from their websites. With the Digital Services Act, the European Commission seeks ex ante restrictions on large tech firms to supposedly level the playing field between them and smaller businesses and new market entrants.

But as Europe tries to shackle American big business and create an opening for their own home-grown companies, the real costs will be felt not by those companies that are targeted but by the Europeans themselves. A recent study by Belgian think tank ECIPE analyzed the costs of an ex ante approach to regulation of technology companies and calculated that it would cost upward of 85 billion euros in gross domestic product and upward of 100 billion euros in consumer welfare, based on a baseline value from 2018.

In addition, the EU’s regulatory approach is ultimately helping the very companies regulators are hoping to rein in. As the Financial Times recently reported, the GDPR “has had the effect of favouring the companies that have amassed the largest troves of data on their own users, like Google.” A December 2020 study in the European Competition Journal similarly concluded that a growing body of economic literature and commentary shows the GDPR ultimately benefits large online platforms and hurts smaller market actors. In other words, EU regulatory policies aimed at helping smaller, home-grown firms are doing the opposite by favoring large, entrenched American players.

At the end of the day, excessive regulation cuts off the flow of data to innovative upstarts who need it most to compete, leaving only the largest companies who can afford to comply controlling most of the market. Even the most grandiose industrial policy schemes cannot overcome these costly realities. American academics and policymakers with an affinity for industrial policy might want to consider a model other than Europe’s misguided combination of fruitless state planning and heavy-handed regulatory edicts. 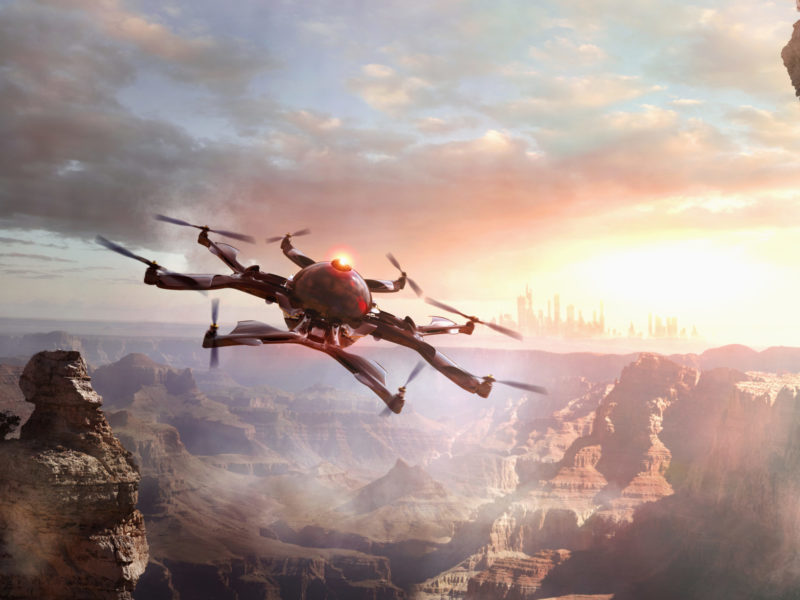 The Contradictions and Confusion of Getting Americans To Buy Electric Cars Jason Crawford: A Case for Innovation and Optimism