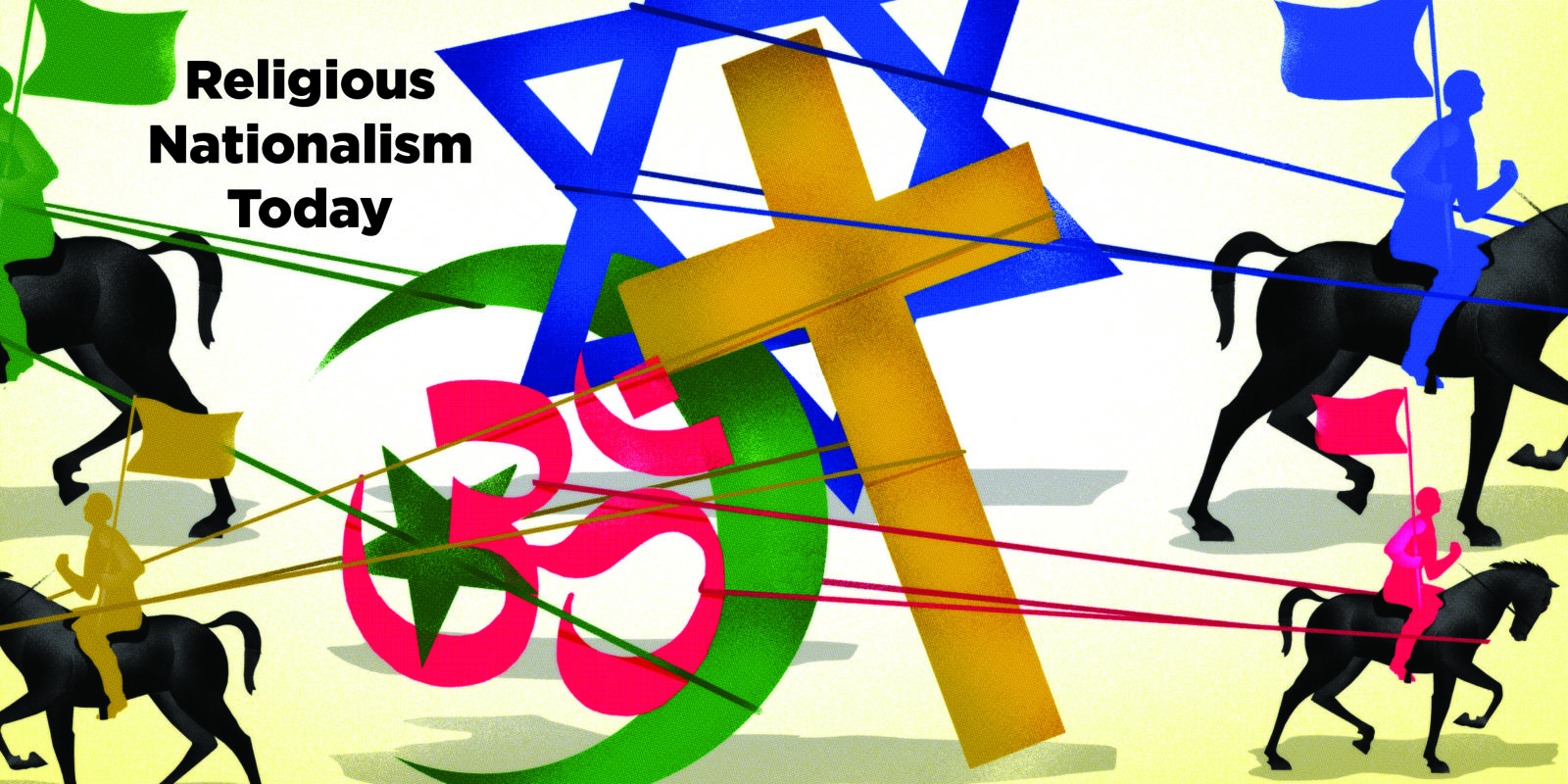 Image Credit: Brian Stauffer
Share Share
This article is the first in a series on religious nationalism around the world.

In the traditional telling of the folktale, an acorn falls on Chicken Little’s head and she runs around wildly telling all who will listen that the sky is falling. Today, there are some new Chicken Littles on the scene: Since the events of Jan. 6, 2021, a host of polemicists and a few social scientists have been loudly proclaiming, without much evidence, that Christian nationalism may cause the collapse of America’s constitutional order.

For example, earlier this year, the sociologist Andrew Whitehead asserted on Twitter that “Christian nationalism is an existential threat to American democracy and the Christian church in the United States.” Similarly, Andrew Seidel, vice president of Americans United for Separation of Church and State, claimed that it is an “existential threat to a government of the people, for the people, and by the people.” Indeed, in his recent book, “The Founding Myth: Why Christian Nationalism Is Un-American,” Seidel explains that Christian nationalists seek to codify “Christian privilege in the law, favoring Christians above others [and disfavoring] the non-religious, non-Christians, and minorities.”

Amanda Tyler, president of the Baptist Joint Committee for Religious Liberty, another organization dedicated to the separation of church and state, more modestly contends that Christian nationalism is merely the “single biggest threat to America’s religious liberty.” Finally, and many other examples could be given, Philip Gorski and Samuel Perry inform us that white Christian nationalism is a “threat to American democracy.” (Note the addition of “white.” As Jemar Tisby explains elsewhere, African Americans bring their faith into the public square in helpful, inclusive ways. American Christian nationalism, it would seem, is only problematic if its adherents are white.)

Christian nationalism, as defined by its critics, is an ugly phenomenon. In “Taking America Back for God,” Whitehead and Perry explain that it is “an ideology that idealizes and advocates a fusion of American civic life with a particular type of Christian identity and culture” that includes assumptions of “nativism, white supremacy, patriarchy and heteronormativity, along with divine sanction for authoritarian control and militarism.”

However, there are excellent reasons to be skeptical about the survey methods Whitehead and Perry use to measure Christian nationalism. They rely upon responses to six statements to measure the extent to which one embraces the phenomenon, but two of them are ambiguous and three of the six simply measure whether one is committed to the strict separation of church and state. One may reasonably conclude, for instance, that religious monuments should be permitted to remain on public land, that voluntary prayer should be permitted in public schools, and that states should not be able to discriminate against religious institutions and not be the sort of dangerous Christian nationalist they describe.

Separationists like Seidel and Tyler, however, clearly favor a public square stripped of religious images and government discrimination against religious institutions and individuals, but many Americans (and a majority of Supreme Court justices, including in some cases Stephen Breyer and Elena Kagan) do not.

Among the most far-fetched assertions made by critics of American Christian nationalism is that the modern American manifestation of the movement can be traced to Rousas John Rushdoony (1916-2001). This obscure Presbyterian minister did, in fact, contend that Christians should actively reconstruct society along thoroughly Christian lines.

Critics of Christian nationalism inflate Rushdoony’s importance because he makes an excellent straw man. For instance, Rushdoony advocated views that may reasonably be interpreted as racist and sexist. He also argued that Christian societies should punish with death 18 offenses, including witchcraft, “incorrigible juvenile delinquency” and homosexual activities by men (but not women). In other words, he advocated something approximating the toxic mix described by Whitehead and Perry. I have shown elsewhere that reports of Rushdoony’s influence are grossly exaggerated, but this does not stop even serious scholars from asserting that he was influential, as Gorski and Perry do in their 2022 book “The Flag and the Cross.”

Unfortunately, assertions like this aren’t surprising. That’s because much of the literature on Christian nationalism in the United States is motivated by a progressive political agenda. Even supposedly dispassionate social scientists like Whitehead and Perry tip their hand when they characterize pro-life Americans as simply being committed to “male authority over women’s bodies” and explain that Christian nationalists are redefining religious liberty to mean something more than freedom to worship.

Whatever one’s position on these issues is, fair consideration of pro-life Americans reveals that they are primarily concerned with protecting what they consider to be innocent human life. And Americans have long understood religious liberty to protect more than the “freedom to worship.” After all, the First Amendment protects the “free exercise of religion.”

Critics of Christian nationalism are not against some Christians bringing in their faith into the public square—as long as they’re the right kind of Christians. Indeed, these critics encourage those advocating progressive causes to do so. But if someone is motivated by faith to oppose progressive ideas or support conservative ones, he or she is a Christian nationalist who poses an existential threat to the nation.

Christian nationalism and, more broadly, religious nationalism, can be concerning. But, to borrow from another folk tale, crying wolf is not a productive way to inform or warn people about it. American Christian Nationalism: What is It? What Should We Think About It?