An attendee of MCM London Comic Con 2017 dressed as Iron Man — one of the few positive representations of technology in current pop culture. Image Credit: Ollie Millington/Getty Images
Share Share
This article is a slightly edited Q&A between Adam Thierer, a senior research fellow at the Mercatus Center at George Mason University, and Jason Crawford, the founder and CEO of Roots of Progress. This organization started as a blog in 2017 but has now become a nonprofit organization that seeks to establish a new philosophy of progress for the 21st century. Before starting Roots of Progress, Crawford was a software engineering manager and tech startup founder.

ADAM THIERER: Jason, in recent essays, you’ve said that “we need a philosophy of progress” and argued for thinking of “progress studies as a moral imperative.” I share that belief, and I’ve attempted to make the case for “rational optimism” about progress and the moral case for technological innovation in my work on these issues. But I fear we’re losing ground to the many techno-pessimists out there. Sam Altman recently noted in a widely circulated tweet, “Techno-optimism is the only good solution to our current problems. Unfortunately, somehow expressing optimism about the future has become a radical act.” How did this reversal happen?

JASON CRAWFORD: Historically, the shift from optimism to pessimism about technology began with World War I. Until then, many people were optimistic not only about material progress but also about moral and social progress—and they saw the two as going hand in hand. Some thought that the growth of industry, the expansion of trade between nations and inventions such as the telegraph would bring about a new era of world peace. The world wars proved this notion disastrously wrong: Not only had technology not led to the end of war, it had made war all the more destructive.

Other concerns—the environment, inequality, “limits to growth”—were coming to the fore around the same time. The collective soul-searching in the generation after World War II led to the rise of radical social movements based on a deep distrust of technology and industry. The shift was complete by the early 1970s. Today, we get headlines like “Is ‘Progress’ Good for Humanity?” and economic growth is variously referred to as an “addiction,” a “fetish,” a “Ponzi scheme,” even a “fairy tale.”

THIERER: There is a radical movement afoot called “degrowth,” whose adherents question whether economic growth is sustainable or even desirable. Degrowth proponents assert that most modern progress hasn’t really been progress at all, and that technological innovation is a net negative for civilization. At the same time, there’s renewed academic interest in Ludditism, with many scholars now openly arguing that “there’s nothing wrong with being a Luddite.” Should we worry about these extreme voices?

CRAWFORD: Yes. Progress isn’t automatic or inevitable—it takes choice and effort, and ultimately it requires that people believe (implicitly or explicitly) that progress is possible and desirable.

It’s rare (but not impossible) that extreme views like these become mainstream, but it’s common for the mainstream to be influenced by them and adopt some weaker version of them—indeed, that has already happened. Ultimately, I think a society gets what it values. The more we see industrial progress as net negative, the fewer young people will be motivated to pursue it, and the more will be driven into activism to try to stop it.

THIERER: What constitutes meaningful progress? As you know, many critics argue that economists and historians put too much weight on gross domestic product and other economic measures. What are the best metrics to evaluate how far civilization has come, or how much farther we could go?

CRAWFORD: The most meaningful progress is progress in human well-being, and no one metric captures that. I think we need to look at a variety of metrics—a whole dashboard of them. GDP is a good one, imperfect as it is; mortality and life expectancy; energy usage (more is generally better), etc. And then we need to combine quantitative with qualitative evidence to understand the full picture of progress.

THIERER: Why does technological innovation get such a bad rap in the world of popular culture? As I’ve noted in my own writing, it seems like anytime technology is central to the plot of a book, TV show or movie, it is almost exclusively portrayed as a ruinous force that will undermine our lives and humanity. By extension, this likely softens the ground for regulatory steps to block innovation. You’ve noted this wasn’t always the case and highlighted some old poetry that played up the benefits of progress. But it seems almost unthinkable that anyone would write an ode to innovation and economic progress today, and I still can’t name a major motion picture or TV show where technology is treated as a helpful force. Why is that, and is there any way to counter this trend?

CRAWFORD: There are some positive portrayals of technology—“Iron Man,” for instance. I think our society is conflicted about technology. People love their iPhones, and they make Elon Musk into a celebrity for building rockets to Mars. But they also worry that fossil fuels are destroying the climate, that robots will take all the jobs and that social media will cause the downfall of democracy. All of this is part of the general 20th-century shift from a mood of belief in progress to one of fear and distrust that I described above.

The way to counter it is . . . by countering it. Make optimistic sci-fi! Give positive examples of what our attitude and relationship to technology should be. Or do what I’m doing: Work on the history and philosophy of progress, and inspire the next generation to tell better stories.

THIERER: How do broader societal tensions and illiberal thinking affect the prospects for progress? I noticed that Clay Routledge at North Dakota State University recently started a new Psychology of Progress Project with the goal of studying how growing societal pessimism affects technological advancement and economic growth. His fear is that “people are losing faith in their nation and each other” and that this will have ramifications for our ability to innovate and prosper as a people. Are you worried about what such broad societal trends mean for long-term innovation? I know you recently created a new Progress Studies for Young Scholars series to teach high school students to better understand the history of innovation. What else could help? CRAWFORD: Yes, it’s a problem if the next generation doesn’t see progress as possible and desirable. More than half of young people in a recent survey thought that humanity was “doomed” from climate change. Why even try to study and work to make a better future if there is no future?

I do think the most powerful thing we can do for the long term is to teach the history of progress to young people. The story is so fascinating, and the facts of how living standards have improved are so powerful—from agricultural abundance to vaccines and antibiotics to indoor plumbing to the internet—that if properly told, it should outweigh any counternarrative. The curriculum I created should be taught at every high school in the world.

THIERER: We are both big fans of J. Storrs Hall’s recent book, “Where Is My Flying Car?” In essence, his book is an indirect critique of the precautionary principle, or the notion that trial-and-error experimentation should generally be forbidden by default. He makes a powerful case that such anti-technological thinking and overregulation “clobbered the learning curve” in several important technology sectors, especially energy and transportation. In thinking about public policy reforms that can help America to start innovating and building again, where do we start?

CRAWFORD: Policy is not my expertise, so let me mostly point to interesting ideas from others:

THIERER: Finally, what does all this new techno-pessimism mean for America’s global competitive standing? The U.S. economy and consumers really benefited from the internet and computing revolutions as American firms took a commanding lead in the digital realm. But with so many pundits and policymakers souring on Big Tech today, what are the broader ramifications? Also, do you think innovators and businesspeople recognize this threat, and are they willing and able to push back without sounding self-serving?

CRAWFORD: I tend to think that America will continue to lead the world for the foreseeable future—but I’m less certain about that than I was in 2015 or even in 2019. Historically, it takes about a century for leadership to move between countries within a cultural bloc (e.g., industrial leadership passing from the U.K. in the 1800s to the U.S. in the 1900s) and several centuries for it to move from one cultural bloc to another (e.g., the Middle East was much more advanced than Europe in the 1100s but had fallen far behind by the 1700s). So, while the rise of China is not impossible, it may take longer than people expect. On the other hand, history moves faster now.

I think some scientists, engineers and entrepreneurs sense the problem, but it’s not enough for them to push back in isolation. We need a progress movement that includes writing, speaking, education, journalism, art/entertainment and policy. 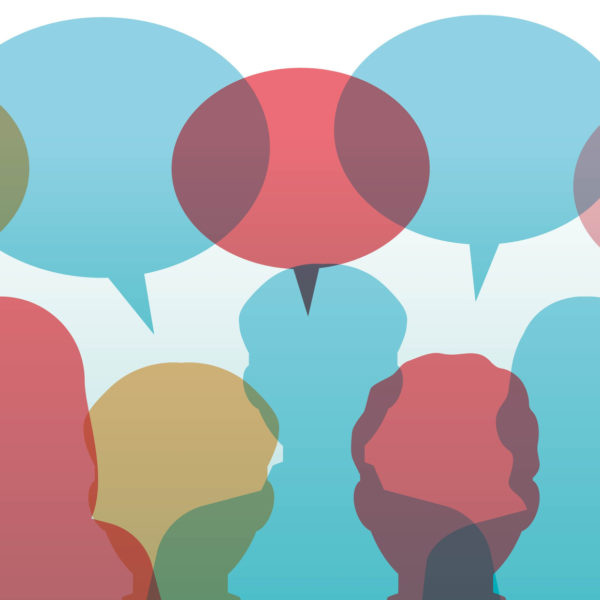