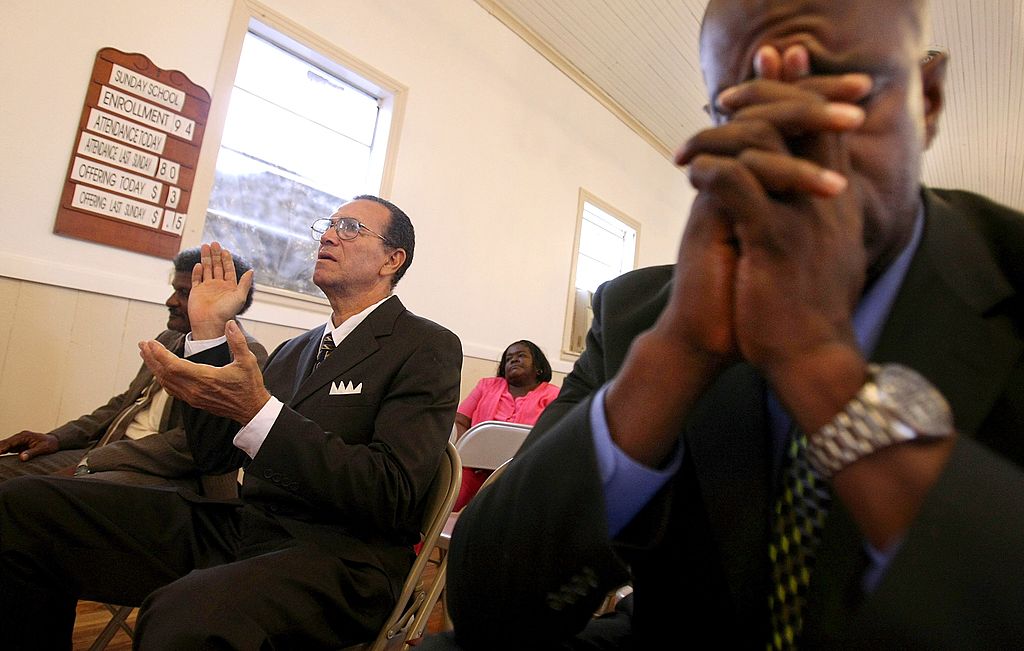 Last week saw the exodus of two huge historically Black churches from the Southern Baptist Convention after a group of six Southern Baptist seminaries issued a statement condemning critical race theory. Some 230 Black pastors joined to sign a letter of protest, and the National African American Fellowship within the convention also expressed concern and disappointment with the statement.

Critical race theory is a secular legal theory which claims that racial oppression is systemic within America’s economic and legal systems. That the theory might concern people is no surprise; its adherents vary widely but tend to be radical in their condemnations of America’s liberal legal institutions as hopelessly beholden to its racist past.

But the Black churches that left the convention didn’t do so because they chose critical race theory over the Southern Baptists. The problem isn’t the seminaries’ statement; it’s the subtext. In fact, there is little interest in critical race theory in the Black church, where a deep grasp of racism in both individuals and systems, predating the theory by 200 years, is joined to a high view of Scripture and conservative positions on family and sexuality.

So why react so negatively to the seminaries’ claim that critical race and intersectionality theories are incompatible with Scripture? The more relevant question is why white seminary presidents felt they needed to make such a statement at this particular moment, when their own church members are far more likely to be sharing right-wing conspiracy theories on Facebook than reading the Communist Manifesto or Alinsky’s Rules for Radicals.

It’s not hard to imagine their reasoning. The far left seems to be spinning into ever more absurd perspectives on race, gender and sexuality, and wielding immense influence over universities, corporations and the world of entertainment. A church body accustomed to a fortress mentality with regard to secular culture and dedicated to the culture wars will prioritize drawing such lines in the sand.

But what culture should Christian leaders concern themselves with? The secular culture, or the one in their own pews?

Pastors nationwide are in a genuine panic over the spread of right-wing conspiracy theories in their churches. The QAnon phenomenon sweeping through many evangelical churches has served as an alarm bell warning that the seeds of Christian nationalism have sprouted into an entangling vine. Q is an anonymous source claiming to publish deep state secrets in the form of riddles, and the driving force behind a movement that has come to see President Donald Trump as the only salvation from a cabal of pedophiles that runs the country.

In a darkly ironic twist of fate, the release of the seminary presidents’ statement was followed the next weekend by Eric Metaxas’s Jericho March in Washington, D.C. Metaxas has generally been seen as a level-headed, smart and approachable evangelical leader. Recently, however, he seems to be unravelling. He punched a protester at the Republican National Convention and has gone on record claiming that he would die for the cause of Trump winning a second term. The speakers at his event affirmed the reelection of Trump in prophetic style, claiming that they had seen visions from God that Trump would not lose. Some even went so far as to condemn as Satanic anyone who opposes Trump. Alex Jones, of Sandy Hook and “chem trails” conspiracy theory fame, made an appearance to declare the apocalypse. My Pillow advertisements were interspersed through the whole event. (Its founder and chief executive is an avid evangelical Trump supporter.) Needless to say, theologically serious observers were deeply disturbed.

The Jericho March demonstrates why Black pastors would be so deeply discouraged by the Southern Baptists picking just this moment in time to condemn a secular legal theory that addresses racism. Many white evangelicals are far more concerned about controlling the beliefs and activities of the heathens in their midst than they are about their own business within the church. This stands in direct contradiction to Jesus’s teaching to prioritize reconciliation with one’s brothers and sisters in the faith even over pressing religious obligations (cf. Matthew 5:23-24).

It’s tempting for Christians to think they need to spend their energy passing judgment on the bad things going on in the world around them. But never were Jesus’s words more appropriate than now: “Judge not, that you be not judged. For with what judgment you judge, you will be judged; and with the measure you use, it will be measured back to you.  And why do you look at the speck in your brother’s eye, but do not consider the plank in your own eye?” (Matthew 7:1-3, NKJV). The far left may be taking a few questionable theories much too far, but the blasphemous absurdities of the far right are the ones far more likely to be tweeted by the person sitting in the pew on Sunday morning. Since the seminary presidents wrote the statement in part to reaffirm the Southern Baptists’ commitment to address racism, they ought to have addressed the rise of Christian nationalism in their own ranks.

If there was ever one thing that the Southern Baptists (of all people) might busy themselves with doing, unity with Black brothers and sisters tops the list. But no. Whatever is causing Hallmark to include gay couples in their Christmas line-up is a far more important matter, apparently. This isn’t a one-off issue, but an abiding theological blindness, from the mistake of the Moral Majority in the 1980s and ’90s to the Trumpist hysteria of today. If white American evangelicalism is ever to overcome its cultural blinders, it must get Jesus’s upside-down power dynamic deep down into its bones. The last shall be first; the one who loses his life saves it; He died to rise again. The church doesn’t “win” in the straightforward way of the world, by wrestling with nonbelievers over cultural and political power; it wins by creating its own culture of love, humility and sacrifice.

The Southern Baptists don’t need to change their mind about critical race theory. They need to change their mind about the Black church. They need to see that the very people they’re alienating ought to be their exemplars of the faith. The Black church stayed true to biblical principles in the midst of terrible persecution, while the white church folded utterly in the face of worldly cultural expectations about racial justice and friendship. For those of us who grew up in fundamentalist circles, “worldly” meant sex, drugs and rock ‘n’ roll. But what could be more worldly than the principalities and powers that twisted scripture and divided the church in service to racial division and oppression (cf. Ephesians 6:12)? The unfaithfulness of many white Christians throughout slavery, Jim Crow and the ensuing period has done far more damage to the gospel and to our nation than AC/DC could have ever done.

So the Black congregations who are leaving read the statement for exactly what it was: putting more importance on the right-left war of culture and politics than on genuine concern for unity among the brethren. They know perfectly well that there is a core of culture warriors among Southern Baptists who insisted on this statement. Rather than stand up and tell them that their priorities are wildly out of whack, Southern Baptist leaders used the genuine philosophical concerns about critical race theory as an excuse to cave to this legalistic constituency.

Black congregations showed courage and leadership by joining together with the Baptist convention in a spirit of hope and reconciliation. Upon leaving, they haven’t chosen critical race theory over the convention; the convention has chosen the culture war over them. The Case for Pro-Black Conservatism