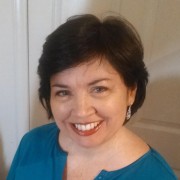 Maureen Sullivan
Maureen Sullivan is a writer whose opinion pieces have appeared in The New York Times, The Wall Street Journal, Newsday, the Baltimore Sun and other publications. She was previously the communications director of the Garden State Initiative, a New Jersey think tank focusing on free market policy. Before that, she was an education writer at Forbes.com and earlier was elected to the Hoboken, N.J., school board and served for four years. She also spent 12 years abroad: in Johannesburg, where she was a reporter and editor at the Financial Mail, and Hong Kong, where she was Variety's bureau chief. A graduate of Georgetown University in Washington, D.C., she and her husband have two children. Two governments are in the news for trying to criminalize the act of ... As Equity Replaces Merit at Elite Test-In Schools, Different Students Are Left Behind

An anguished mother called in to the regular Zoom meeting of the Jersey ...